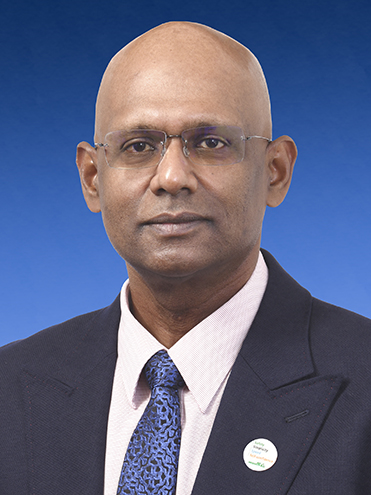 Ramani Velu is president, Southeast Asia, at Air Products. He is responsible for driving the strategy and profitability of the company’s Industrial Gases business in the sub-region.

Mr. Velu joined Air Products in 1996 as a hydrogen plant engineer in Malaysia. He was seconded to a customer as operations manager in 1999, and in 2002 he was appointed Southeast Asia operations manager with responsibility for all plant operations, distribution and customer engineering in Southeast Asia. Mr. Velu was based in Singapore from 2005-2007 where he was part of the Business Leadership team to blueprint and deploy the corporate ERP/SAP to Asia. He relocated to Taipei in 2007 as director, Asia Electronics Operations. From 2010-2015, Mr. Velu led the newly created Global Business Services organization based in Kuala Lumpur where he was responsible for customer service, logistics and technical support. He held the position of director, Asia Supply Chain, prior to his current position.

Before joining Air Products, Mr. Velu worked in the U.K. and was also employed by Petronas, Malaysia.